This outstanding first edition of Robert Taylor’s Volume V book of aviation paintings is available with a USAAF or RAF & Commonwealth cover, the contents are exactly the same – the choice is yours!

The 128 pages combine over 60 full color plates illustrating a wonderful selection of the artist’s work. There is a 10 page section devoted to his highly detailed full plate pencil drawings, and a score more delightful supporting pencil sketches. These spellbinding illustrations are brought to life by tens of thousands of descriptive words written by the artist himself.

Each painting is given its own chapter in which Robert discusses how he brings the canvas to life, providing a beguiling insight into the stories behind each work of art. Robert reveals intriguing information about his preparation and how he tackles research. Fascinatingly, he explains the intricacies of composition, disclosing many of his techniques as he takes you page by page on a virtual tour of his studio.

This copy of Volume 5 includes two bookplates, the first has been hand-signed by pilots and aircrew who flew with the famous 617 Squadron during the famous Dambuster Raid: 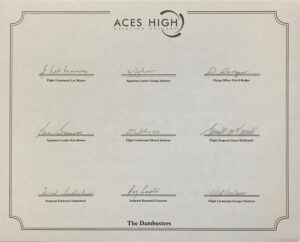 The second bookplate has been autographed by highly distinguished members of RAF Bomber Command: 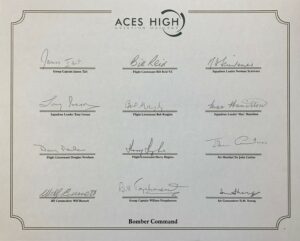